The love for coffee is transmitted to music

The love for coffee is very present throughout the world, and considering that it is the third most consumed beverage in the world, it is not surprising that many people love it. But this love can be transmitted to other things, as is the case with music. In fact, some people suggest that music has a soundtrack or playlist for everything, and coffee is no exception to this. In today’s article, we will show you several classics dedicated to coffee.

Read: Learn about the countries where coffee is produced

Songs that prove how far the love for coffee goes

The following songs demonstrate the power that music and coffee can do together.

“The Coffee Song” by Frank Sinatra

This list begins with a song that is appropriately called The Coffee Song. The song came out in 1946 and talks about a mythical place in Brazil where there is more coffee than water, one of its iconic lyrics goes like this: “You date a girl and find out later / She smells just like a percolator,” with many games of words about coffee, this is the perfect song. Additionally, we must add that its artist is nothing more and nothing less than the great Frank Sinatra.

“You’re the Cream in My Coffee” by Nat King Cole

This song is full of metaphors to refer to love. The title is not the only lyric of that style since we can also find: “You’re the sail of my love boat.” The song above is very playful, so if you’re looking for a romantic ballad about love and coffee, the trio Nat King Cole has the perfect theme for it.

Now we show the other side of the coin with a heartbreak song. Written in 1948, in this song, Ella shows us through her singing how she overcame a broken heart by drinking coffee. The song was part of the soundtrack of a 1960 movie called “Let No Man Write My Epitaph.”

For more modern times, we have this song by the interesting band Red Hot Chili Peppers. Although it is not his most popular song, it is an excellent example of his musical style and originality by bringing lyrics like: “Meet me at the coffee shop / We can dance like Iggy Pop.”

To close this list, we have a famous 2020 song. Although Death Bed is not a song about coffee or inspired by said drink, some say that it has a second title which reads “Coffee for your head,” since the song’s most popular lyrics goes like this: “I’ll make a cup of coffee for your head.” Is there nothing better than expressing affection for another person than making the coffee they like?

The love for coffee is very strong and inspires many artists in different areas to bring out their best work. These songs show that this drink has managed to reach everywhere. If you want to immerse yourself more in the world of coffee and achieve a small community, do not hesitate to contact us. 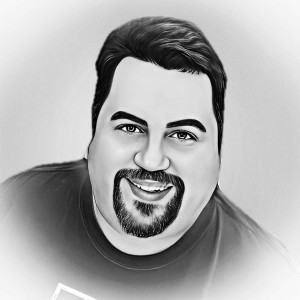